How do you properly say goodbye to a legend? As you’ve likely heard by now, Daniel Sexton Gurney passed away at age 86 earlier this week due to complications from pneumonia. Gurney was more than a man: he was a myth in his own time. More than just a racing driver (although his record as the first man to win in Formula 1, IndyCar, NASCAR and at Le Mans places him among a pantheon of only three men in over a century of motorsports), Gurney was an engineer, a constructor, a team owner, an innovator of the highest level, an unlikely presidential candidate, and a trendsetter that changed the face of racing for good. 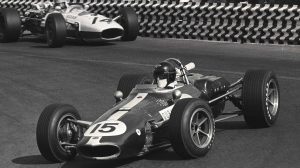 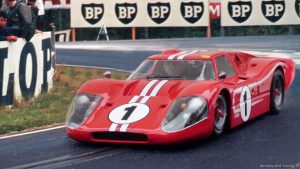 Perhaps the best way to sum up the man’s significance is to recount the course of three weeks in May and June of 1967. On May 30th, Gurney started the Indianapolis 500 on the front row in a car of his own design, running strongly throughout and briefly leading the race. On June the 11th, Gurney sidled up alongside “Super Tex” A. J. Foyt in the state-of-the-art Ford GT40 Mark IV at the 24 Hours of Le Mans to capture the only all-American victory (American chassis, American engine, American team, and American drivers) at the world’s greatest race. One short week later, at the Belgian Grand Prix at the legendary and formidable Spa-Francorchamps, Dan Gurney drove the Eagle-Weslake T1G he himself designed to Formula 1 glory over a field of the world’s greatest drivers and cars including the brand new revolutionary Lotus 49. What might be the most lasting mark of these weeks in 1967, however, came immediately after his victory at Le Mans. In a moment of unbridled joy on the podium, the tall Californian took the bottle of victory champagne, popped the cork, and sprayed the crowd. A tradition was born in that moment that survives in every level of racing over 50 years later. There will never be another like Dan Gurney- racing has changed, and drivers are no longer allowed to cross disciplines. They certainly don’t sweep aside all comers in cars they built themselves anymore, either. The racing world may have lost one of its greatest heroes this week, but his legacy lives on in every driver, team owner and engineer who comes after. The automotive world will truly never be the same.